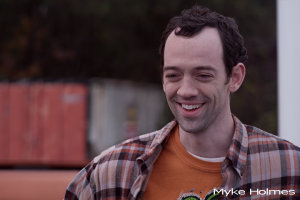 Myke Holmes graduated from Northern Illinois University with a Master of Fine Arts Degree in Acting, Myke studied under Kathryn Gately, who herself studied directly under Sanford Meisner of the Meisner Technique. Myke also studied acting in Moscow, Russia at the world famous Moscow Art Theatre. He earned his BA in Acting from the University of North Carolina at Wilmington. As a professional actor, Myke has worked in Russia, Romania, New York, Los Angeles, Miami, Atlanta, and all over the state of NC where he resides. He can be seen in various films, television shows, and commercials and can be heard in a cartoon or two. Myke teaches Acting at the University of North Carolina at Wilmington.