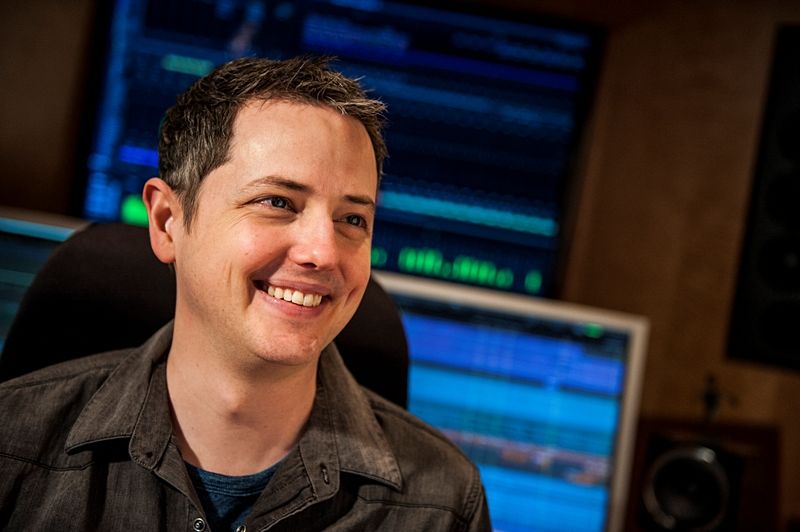 Jason Graves has written music for assassins and tomb raiders, but now he’s composing for race cars with the new film “Adrenaline.” AXS connected with the two-time British Academy Award winner to learn about his latest project and how his music career has evolved over the years.

His involvement with “Adrenaline” started way earlier; he’d been working with the film’s director on smaller projects as much as seven years ago, and so was happy to come aboard the first feature. Naturally, they kept connected during filming, with Jason explaining that he was sending over music on a daily basis and getting regular updates himself. The result was a finished product that’s a bit classic rock and all car movie.

“I thought it would be interesting if it sounded like a rock band performed the underscore, so the entire film was scored with nothing but guitars and drums,” Jason told us in our e-mail interview. “Except it’s just a one-man rock band. I played and recorded all the instruments myself, which was a lot of fun.”

The result feels very comfortable mixed in with the roaring engines and screeching tires of the racing world. But the movie is a change from Jason’s previous work, which has been on everything from other films to trailers and advertising, but he’s primarily known for his contributions to a number of high-profile video games.

Some of his favorite past selections include “The Knighthood” from “The Order: 1886,” in which he got to compose for choir and solo viola; “Lacrimosa” from “Dead Space 2,” actually a concert piece for string quartet that wound up being sampled in the game, and the fan favorite “A Survivor Is Born/Tomb Raider” from the critically acclaimed “Tomb Raider” reboot. Whether the story is in the past, present or future, Jason has been able to bring something epic to it, and now he’s headed in a different direction with “Adrenaline.”

You can find his entire impressive catalog on iTunes, but you don’t accomplish those credits overnight. How did he start on the path to composing for this wide range of exciting characters?

He explained that he went to school specifically for film and television music, and began working while still in graduate school in Los Angeles. Thrown head first into the composing world, he was only in his second semester when he earned his first credit for a television program on the Discovery Channel. But even before his studies, Jason was putting pieces together as far back as his childhood.

“I’ve always been attracted to music – it’s just something that affects me the way nothing else does,” Jason reflected. “I was ‘composing’ music in high school, but really had been playing around on the family piano since before middle school. I attempted piano lessons and soon discovered I had a lot more fun making up my own things to play instead of actually practicing my lessons!”

For more on Jason Graves, visit his artist page at AXS.

Want to join the discussion?
Feel free to contribute!