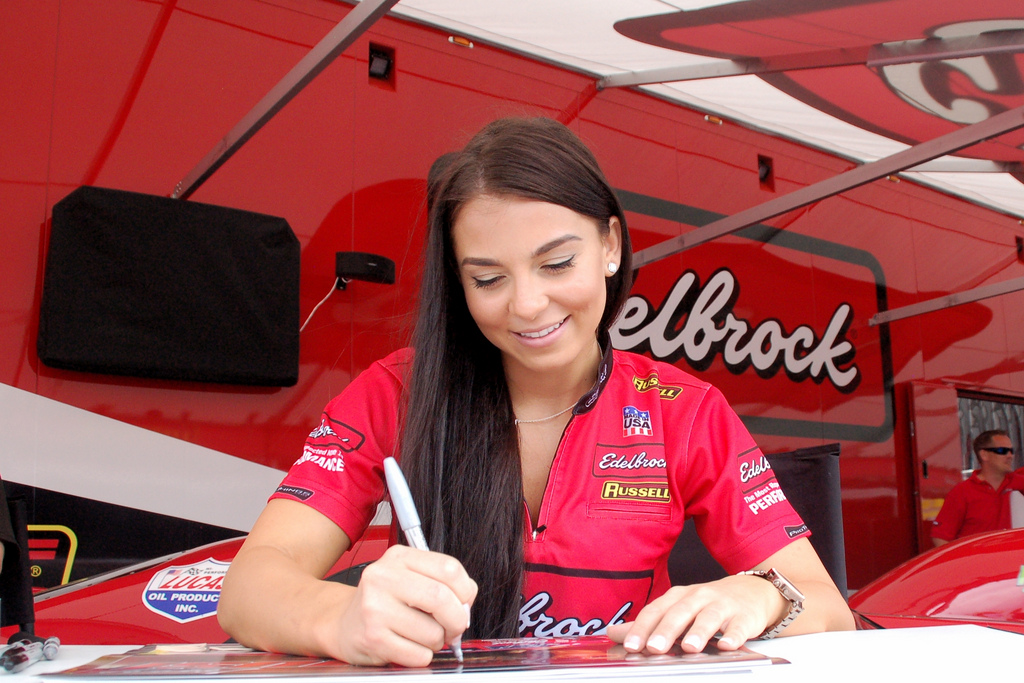 First Lizzy Musi was a video star. Thanks to a not-as-bad-as-it-looked crash footage where her Top Sportsman Camaro flipped over the guard wall at Bristol Dragway in 2012. Her bad luck earned her YouTube status leading to network news calls landing her time on the curvy couch at Fox News’ Fox & Friends morning show.

Today comes word that the incident, as well as other factors, has landed the second-generation drag racer a brief role in an upcoming movie. Musi will have a brief speaking role in the upcoming movie Adrenaline, a feature film starring John Schiender, best known for his role as Bo Duke in the Dukes of Hazzard.

Want to join the discussion?
Feel free to contribute!